US Announced New Hypersonic Missile Can Hit Targets 1,000 Miles Away In Under 12 Minutes

US Announced New Hypersonic Missile Can Hit Targets 1,000 Miles Away In Under 12 Minutes

The U.S. Air Force says the hypersonic boost-glide vehicle warhead in its forthcoming AGM-183A Air-launched Rapid-Response Weapon hypersonic missile will fly at an average speed of between 5,000 and 6,000 miles per hour. This would be roughly between Mach 6.5 and Mach 8. At that speed, it will take only 10 to 12 minutes to strike targets 1,000 miles away. Air Force Major General Andrew Gebara, Air Force Global Strike Command’s (AFGSC) Director of Strategic Plans, Programs, and Requirements, disclosed the information in an interview with Air Force Magazine. Watch the video for more: https://youtu.be/aMjm-_S4RRQ 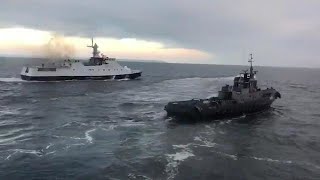