In the past forty years, just a handful of countries have proved themselves capable of building their own main battle tanks. One of these tank powers is actually one of the smallest countries in the world: Israel. Israel’s main battle tank, the Merkava series, is one of the best-designed tanks ever produced.

The Israeli tank’s emphasis on protection manifested itself in several ways. The tank featured thick spaced armor of a local design, and the hull and turret were designed with sharp angles meant to increase armor thickness through sloping. This gave the tank a sleek, futuristic look. Breaking with tank convention, the engine and transmission were located in the front of the tank, giving the crew extra protection if an antitank round penetrated the frontal armor. Hydraulic turret control, which used a flammable fluid that burned many Israeli tankers in the 1973 war, was replaced with an electric control system, and ammunition was stored in fireproof canisters until use to minimize the likelihood of an ammunition explosion.

The tank’s main gun was the 105-millimeter M68 main gun, the same gun that appeared on the IDF’s Centurion, Patton, and M60 tanks. The tank carried sixty-two rounds for the main gun, slightly above average, to ensure the tank could fight through ammunition supply shortages. The tank had three machine guns, including one coaxial 7.62-millimeter machine gun paired with the main gun and an additional 12.7- and 7.62-millimeter machine guns up top for the commander and loader. These were useful for engaging enemy infantry, soft-skinned vehicles, and antitank-missile teams, such as the AT-3 Sagger crews that took a heavy toll in the 1973 Yom Kippur War. A burst of machine-gun fire over the heads of a missile operator could throw a command-operated antitank missile off course, saving a tank and its crew. Watch the video for more: https://youtu.be/TpTZex843c4 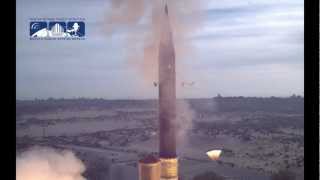