These US Military Robotic Combat Vehicles Shocked The World!

These US Military Robotic Combat Vehicles Shocked The World!

On a future battlefield, seven-ton tracked robots scout the enemy. Some of these Robotic Combat Vehicle (RCV) Light variants sweep paths through minefields. Others pop smoke to conceal the advance. Still, others jam enemy transmissions and take potshots with anti-tank missiles.

Enemy return fire rips through the light robots’ unarmored hulls, but their computer brains keep on transmitting target coordinates to the rest of the force. Precision-guided long-range shells pound the enemy position as larger robots move up, 10-ton mini-tanks called RCV-Mediums that boast machine guns, missiles, and 30mm chainguns. And the third wave follows not far behind: a hardcore of humans in M1 Abrams tanks, escorted by wolfpacks of cannon-toting 30-ton RCV-Heavies.

RCV-Medium, by contrast, is a lot more like a tank. The Medium will carry a pair of anti-tank missiles to counter tanks and high-velocity 30mm autocannon to kill light armored vehicles like BMPs. The Army looked at a 50mm gun, Wallace said, but the weight was too much. Weight may also limit secondary weapons: The Army wants a machinegun atop the turret, able to aim independently at quick, high-angle targets like rooftop snipers, but it may not fit on the Medium. Watch the video for more: https://youtu.be/WdIazh6muWw 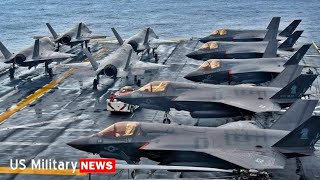